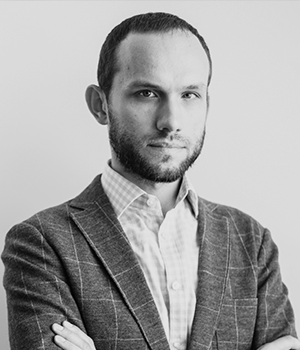 Anatoliy Knyazev is co-founder of Maltese brokerage company EXANTE, Bitcoin Fund and XAI Fund and CTO of STASIS (the first platform, allowing to legally tokenize fiat currencies and transform them into digital versions on a blockchain in a fast and secure way).

Anatoliy is a recognized blockchain expert and cryptocurrency visionary. In 2012, together with his partners at EXANTE, he founded the world’s first cryptocurrency hedge fund Bitcoin Fund with shares tied to the market price of Bitcoin. According to Bloomberg, this fund became the world’s most profitable hedge fund by both annual growth rate (4,847% in 2013) and cumulative growth rate – by 2017 it soared by 10,000%. In August of 2017, Anatoliy launched an altcoin index fund, XAI Fund.